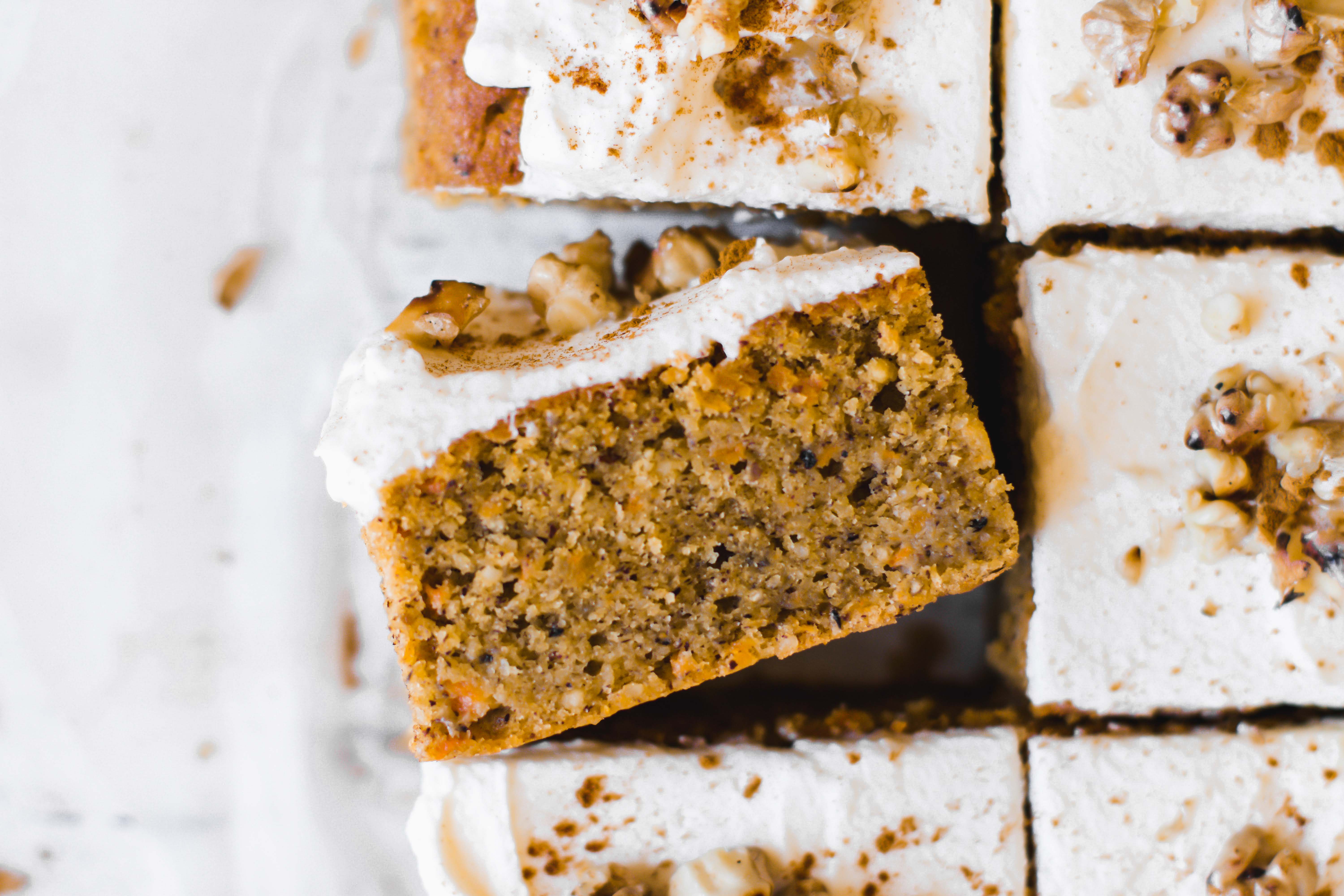 This moist pumpkin cake with cinnamon frosting is simply a delight. It is super moist but still very soft. It tastes like brown sugar, pumpkin and cinnamon. And the frosting adds a delicious creaminess to it. YUM. 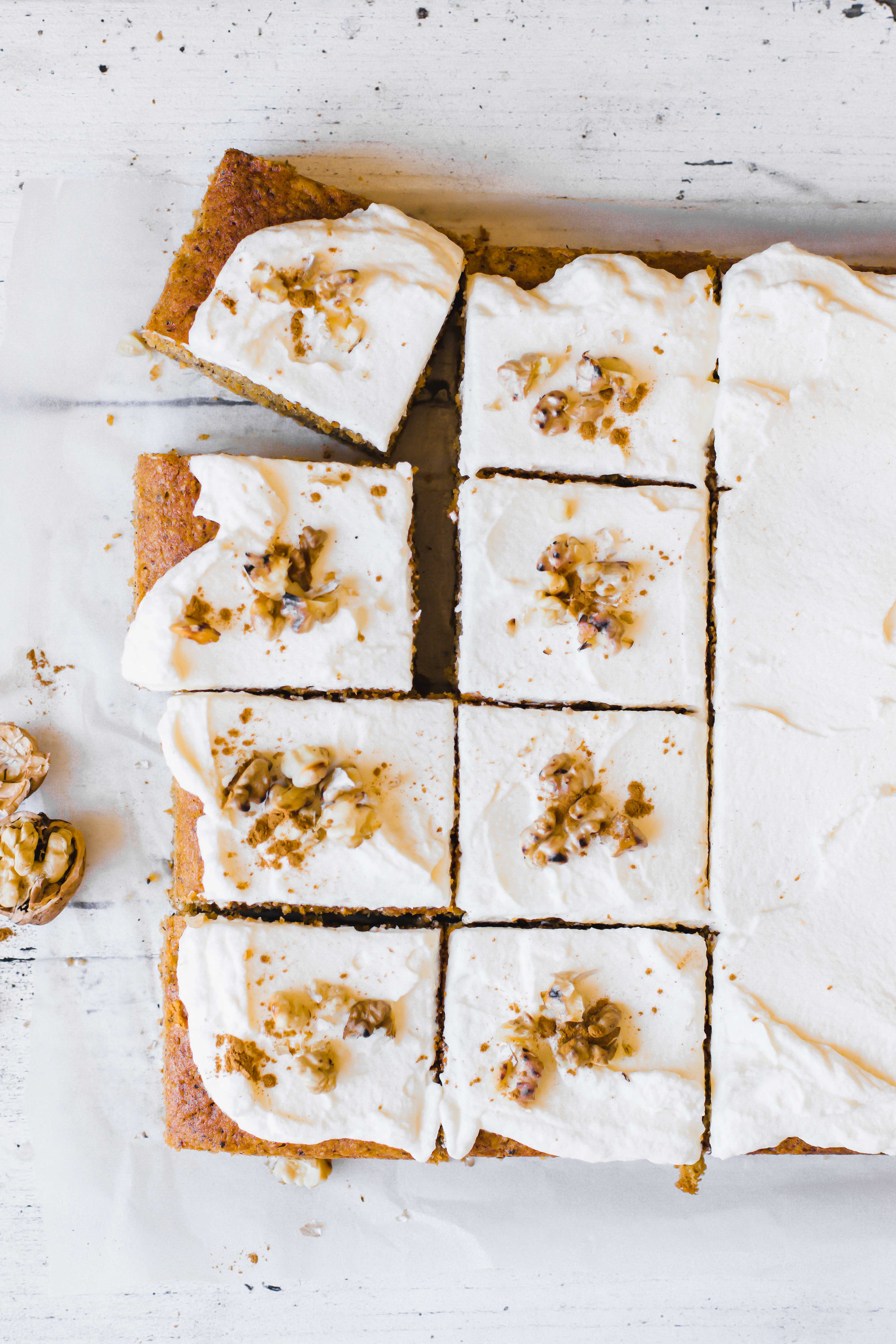 What’s the first thing you think of when you hear the word FALL? Most probably coloured leaves, chestnuts and golden forests. Autumn is such a feast for the eyes.

From the taste point of view it has a lot to offer, too.

I grew up in a family that’s all pumpkin fans. My mom even won second prize in a pumpkin competition for the biggest model many years ago. That was a thing. 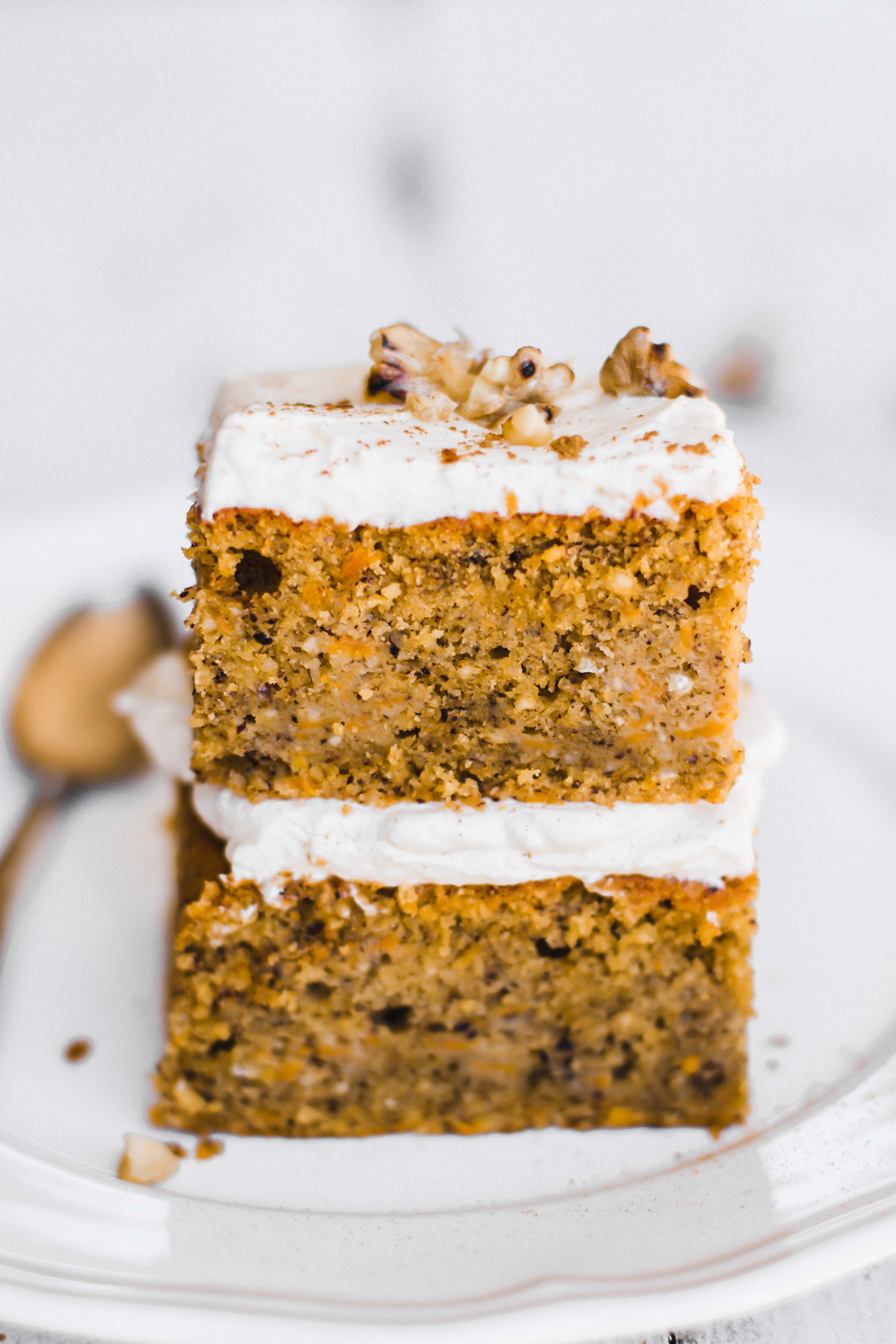 Yeah, it is as moist as it looks.

And SOOOO good. The grated pumpkin gives it that really nice texture. 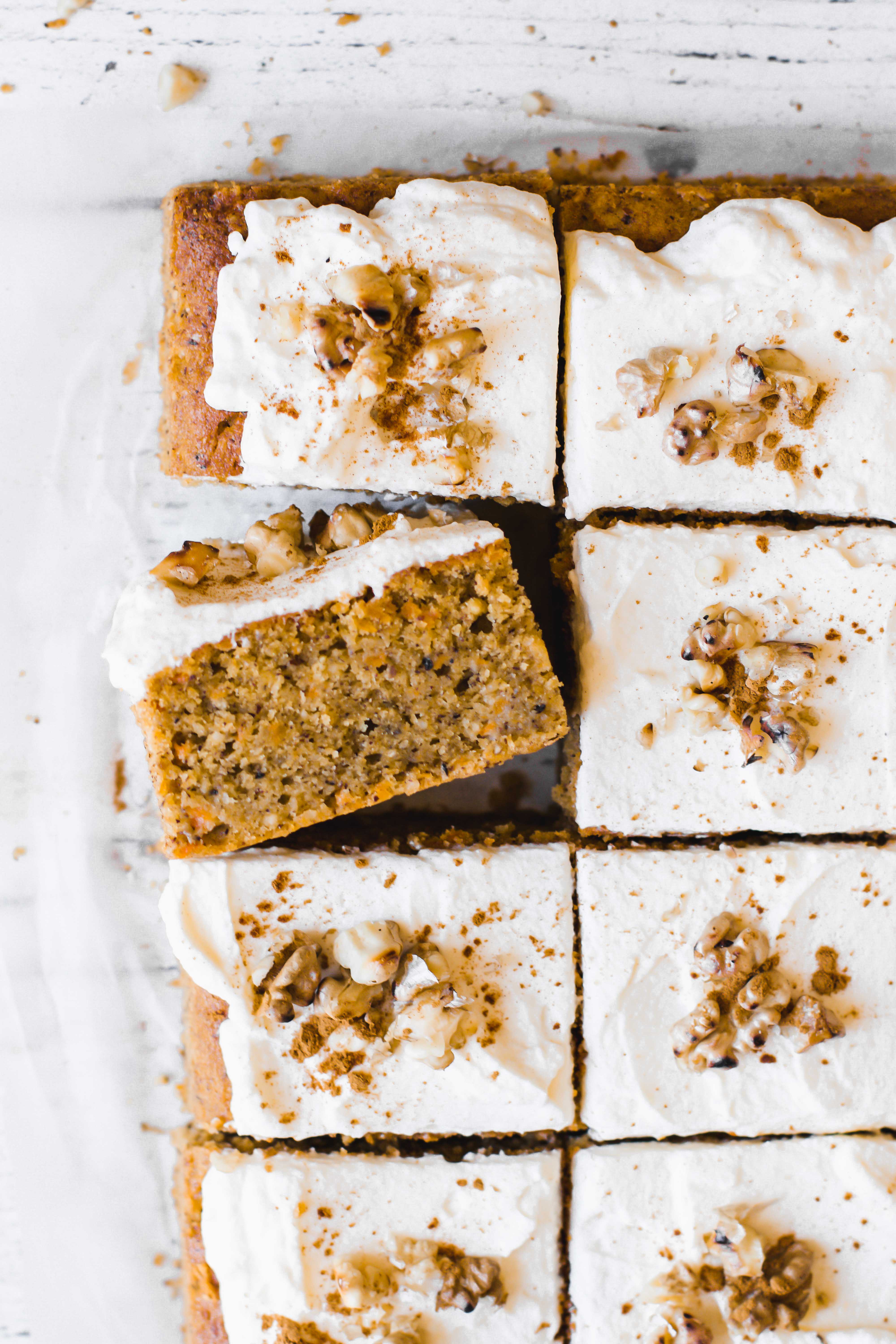 Of course, spices also play a significant role in the fact that this recipe: cinnamon, nutmeg and cardamom in the dough and cinnamon on the frosting.

I highly recommend to use brown sugar. The caramel-y flavor is the perfect with for this pumpkin cake with all it’s warming spices.

Can we please talk about this frosting for a second? I know. It’s “only” simple whipped cream. Without sugar or anything. But if you eat it together with the sweet, soft, juicy cake you will never want to eat a cake like this without it. It’s such a delicious combo of flavors and textures. 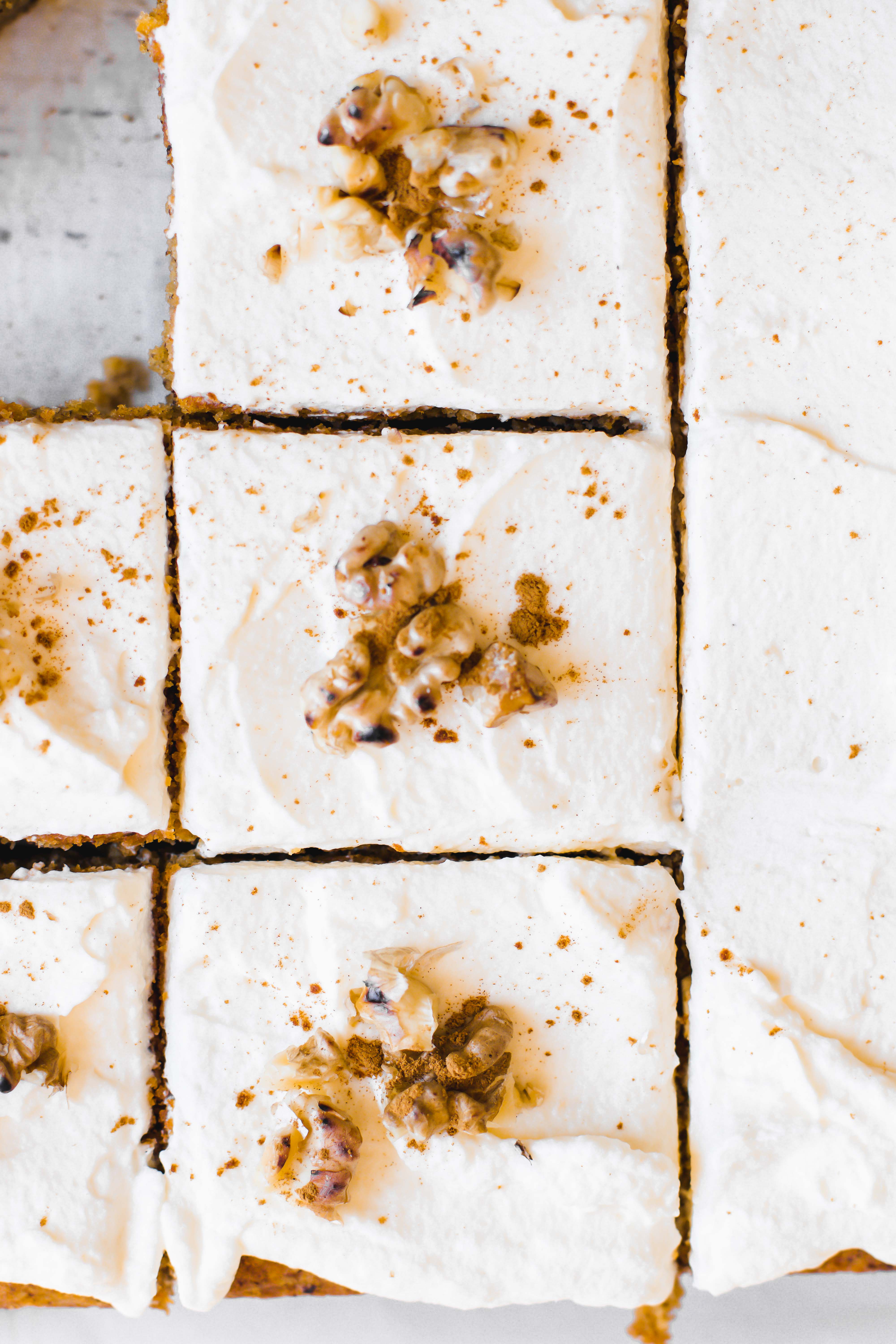 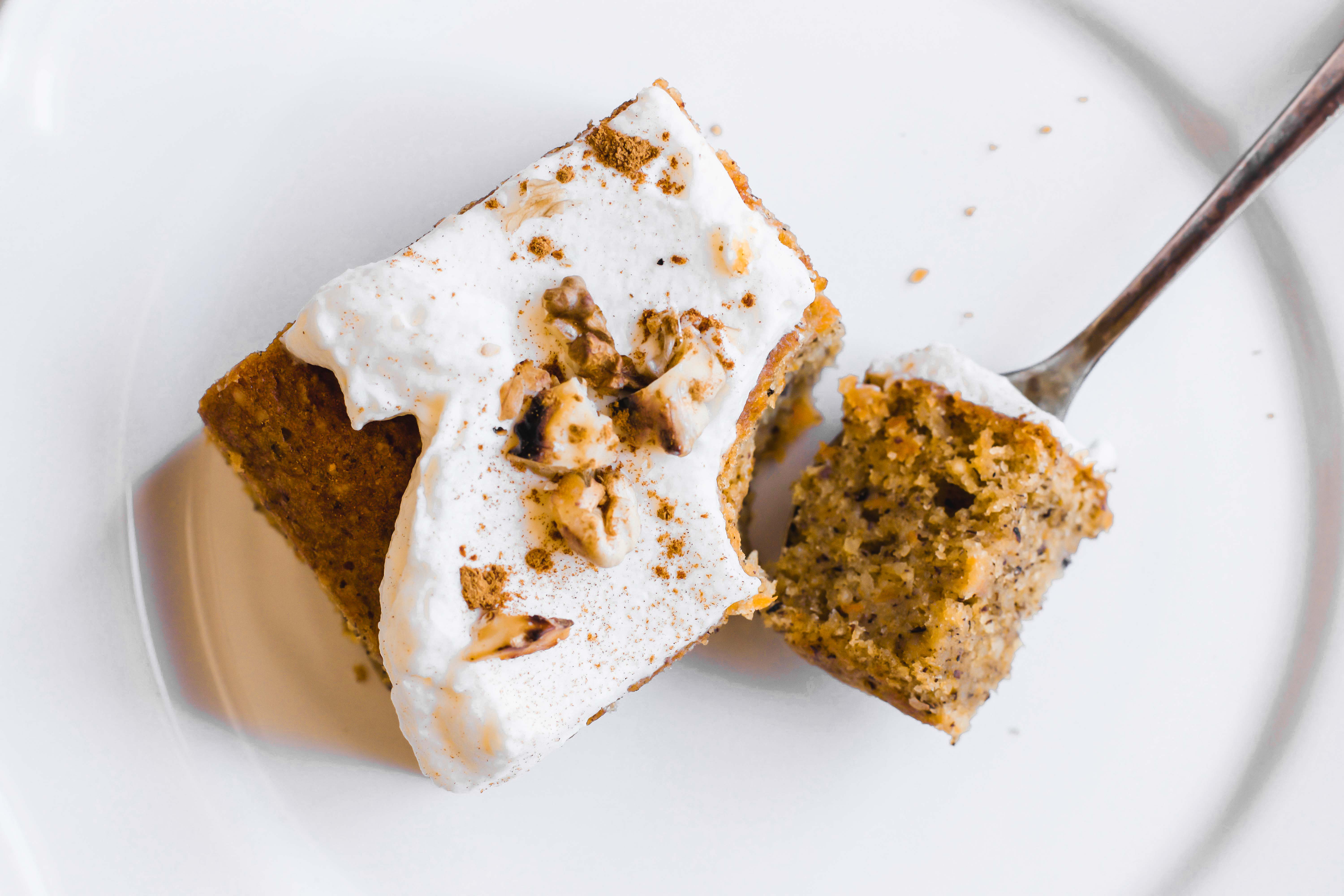 This moist pumpkin cake with cinnamon frosting got my heart with the first bite.

Hope you guys will enjoy this recipe as much as I do!

The creamiest Carrot Coconut Soup you have ever had 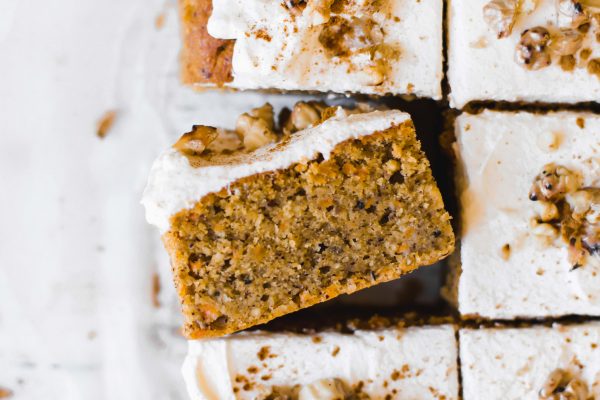