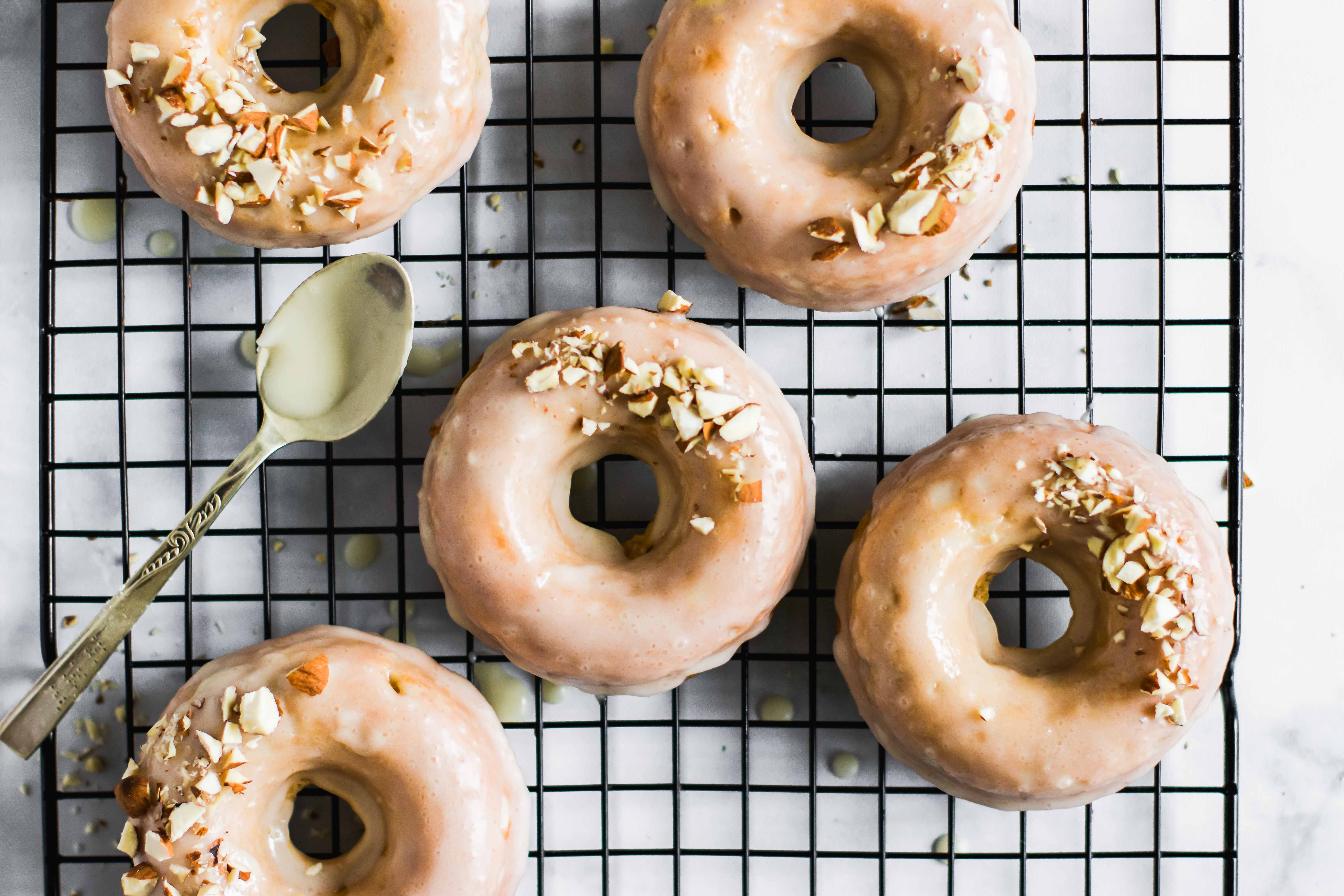 Cinnamon pear donuts aka the softest and tastiest donuts, which you will have eaten for a long time. And the best: they are baked!

I know that there are people like my sister who say that donuts are only real donuts if they get their tan by frying them. 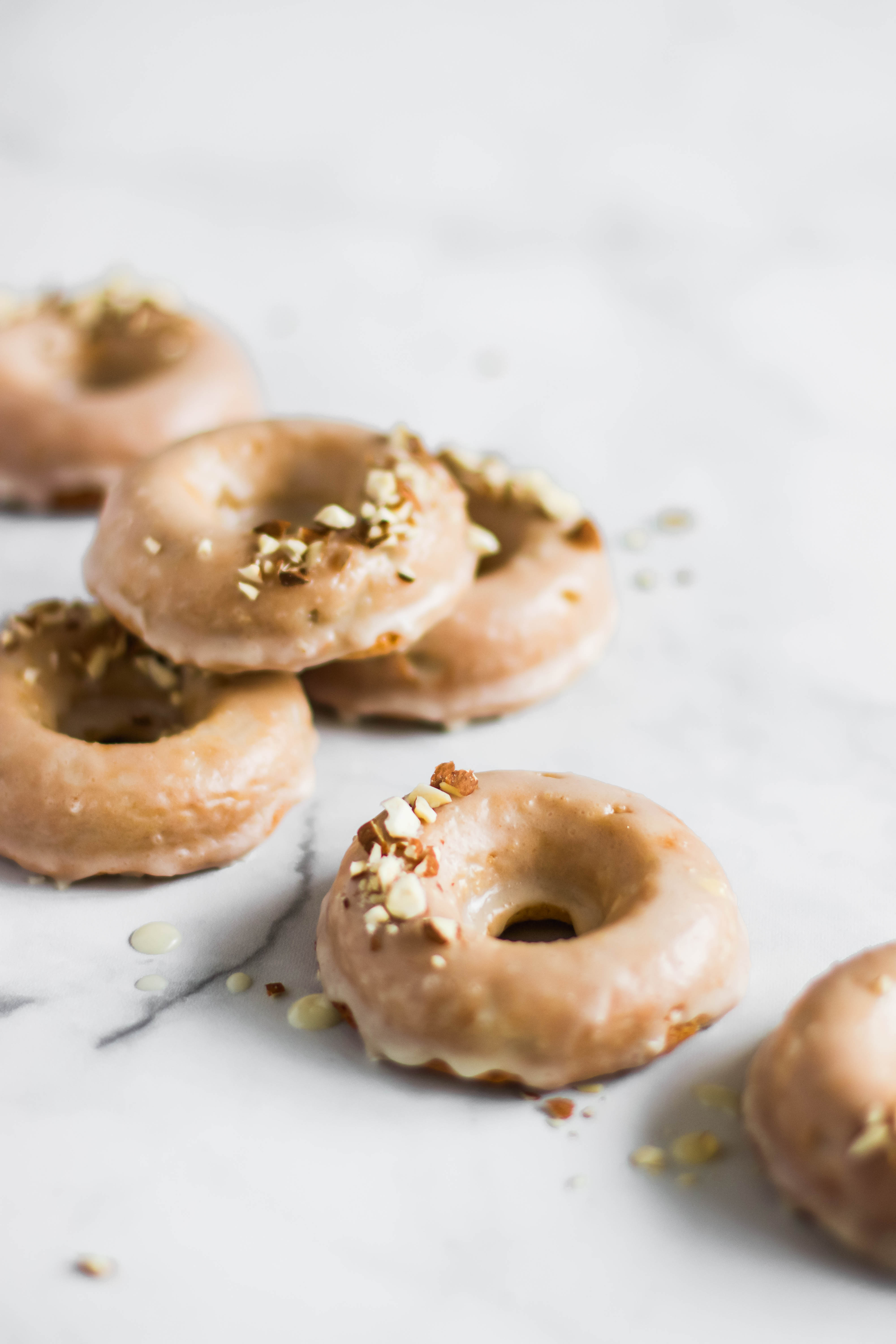 Sure, they are good. Really good. They are slightly crispy on the outside, fluffy and moist on the inside and at best covered with a delicious icing.

You suspect what I’m getting at? Exactly! These BAKED Cinnamon Pear Donuts are nothing short of the whole thing! Quite the opposite! You also save yourself the frying procedure! 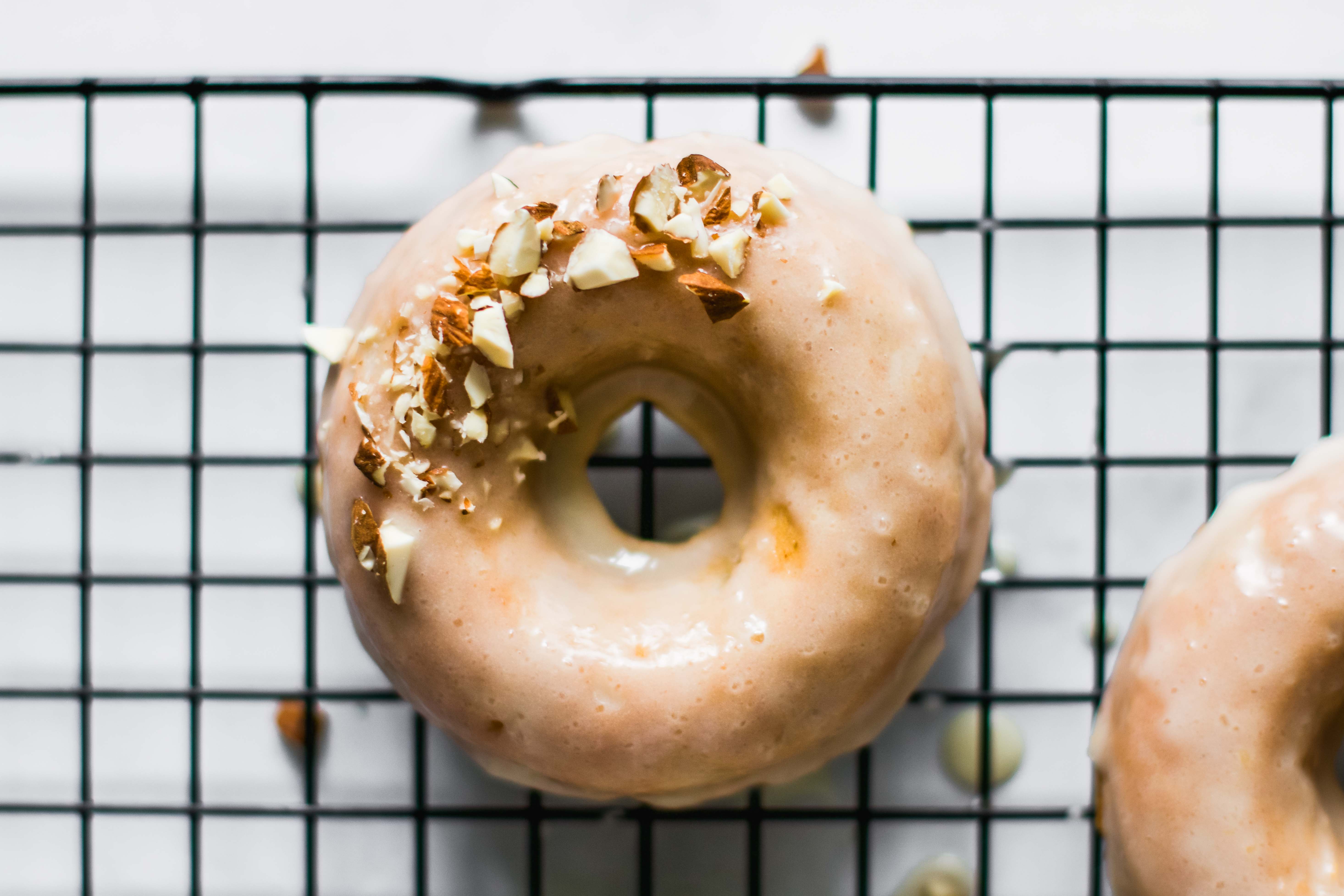 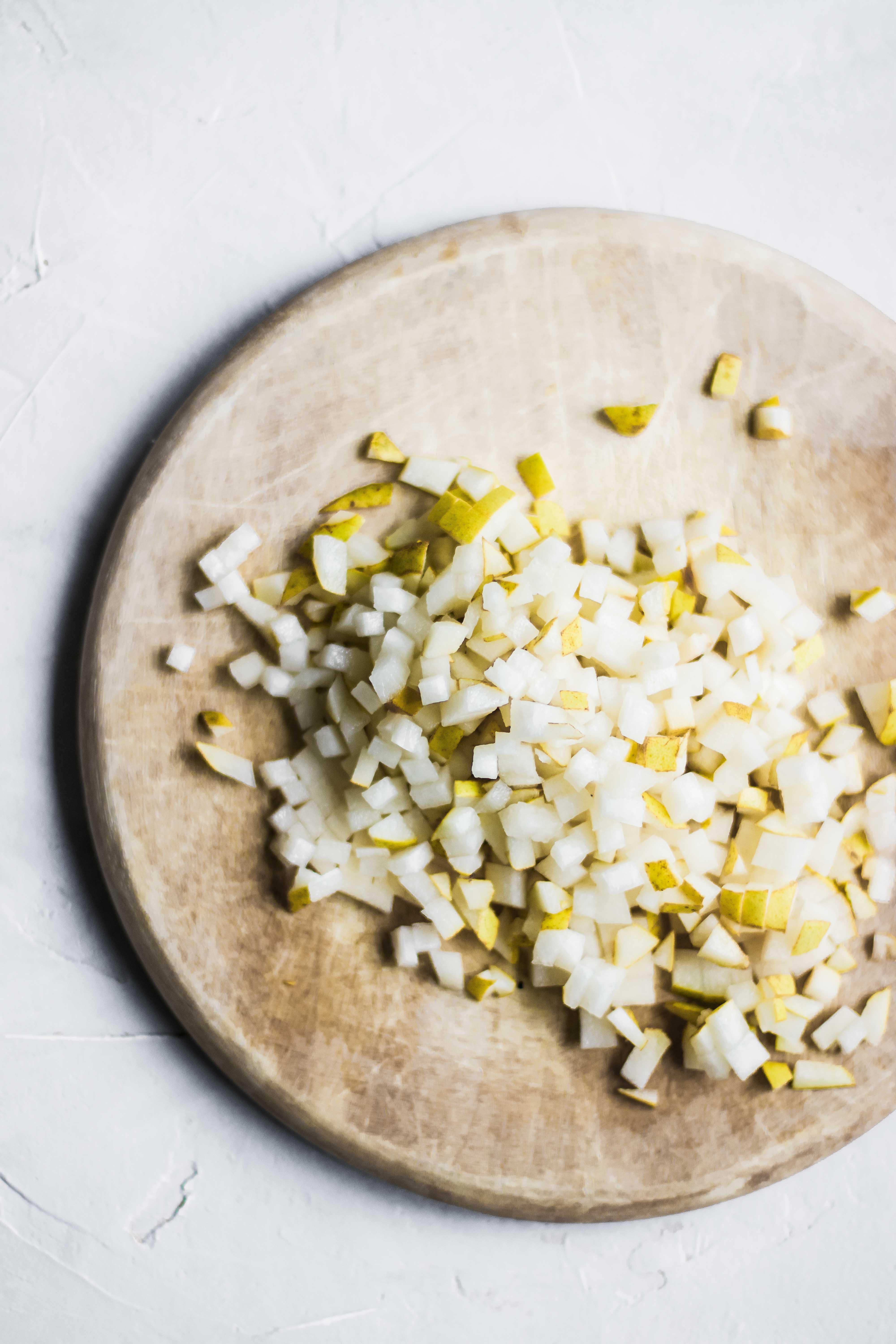 The small pear pieces in the dough go incredibly well with the cinnamon and maple syrup glaze and make them incredibly moist and soft.

If you don’t have a donut pan, I highly recommend to get one. (I have THIS baking pan and I am super satisfied with it.) 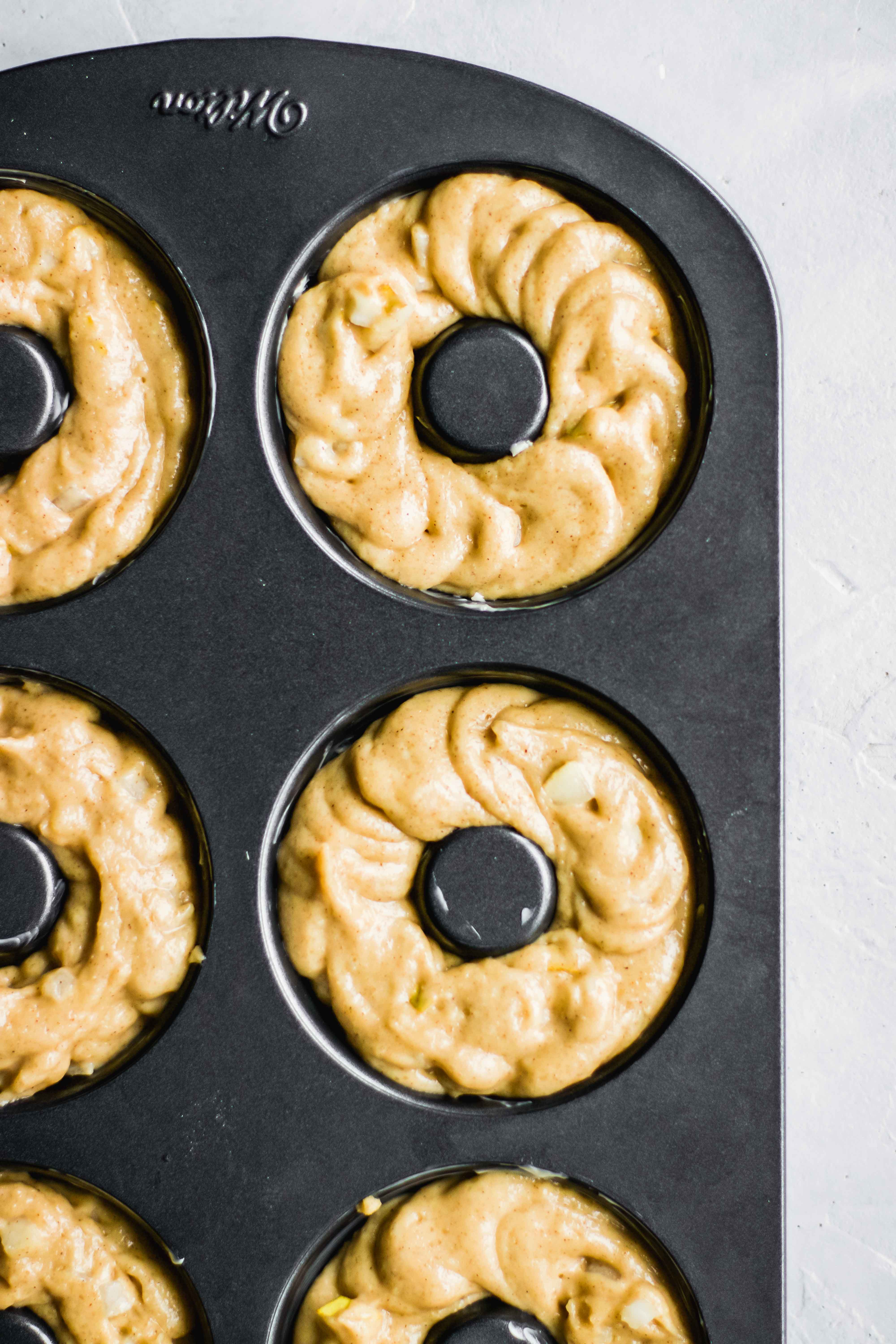 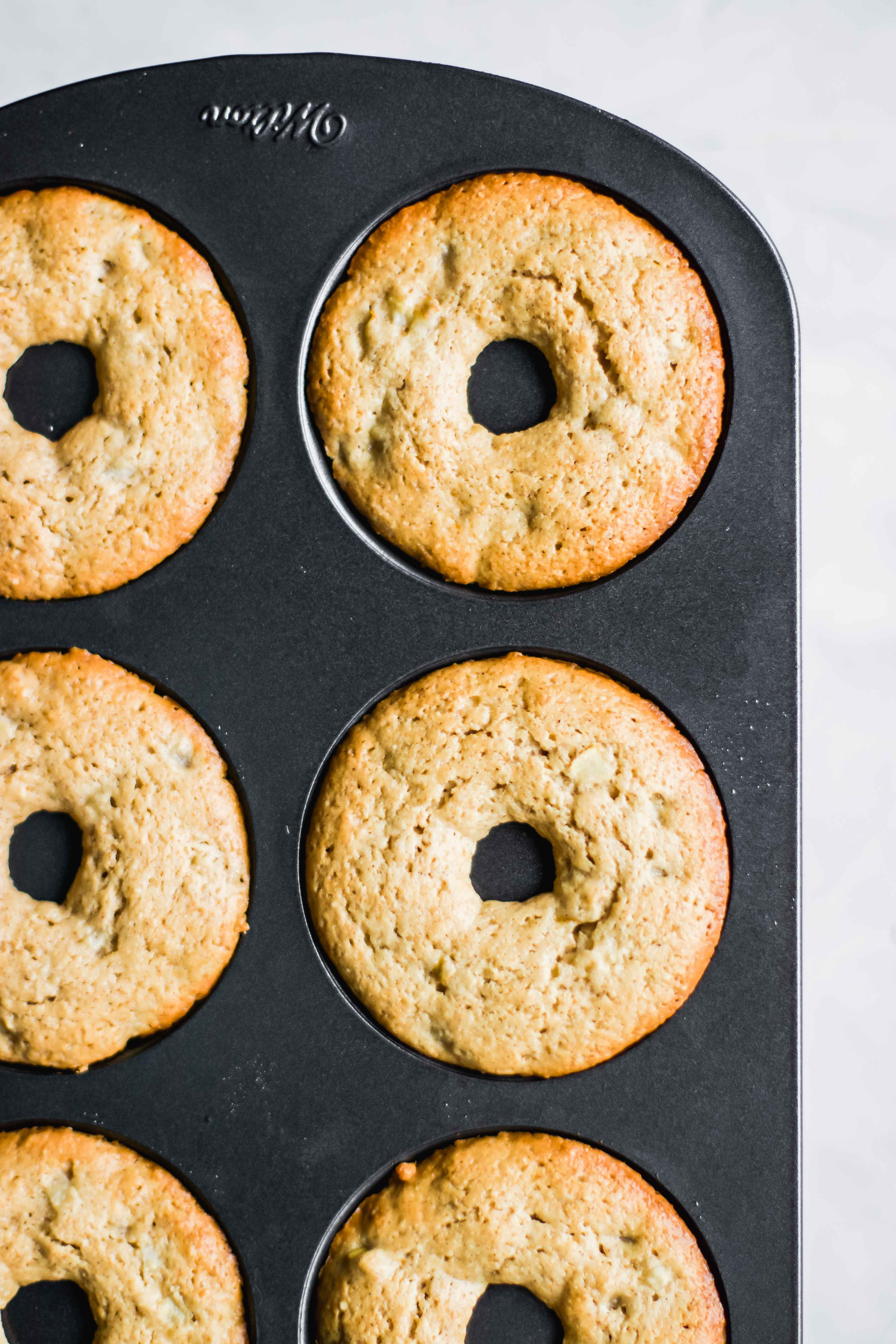 Without it you’d have to fill the dough into muffin forms. That’s it then with the sweet little circles and the philosophizing, where the famous donut holes go to, if you remove the ring all around… 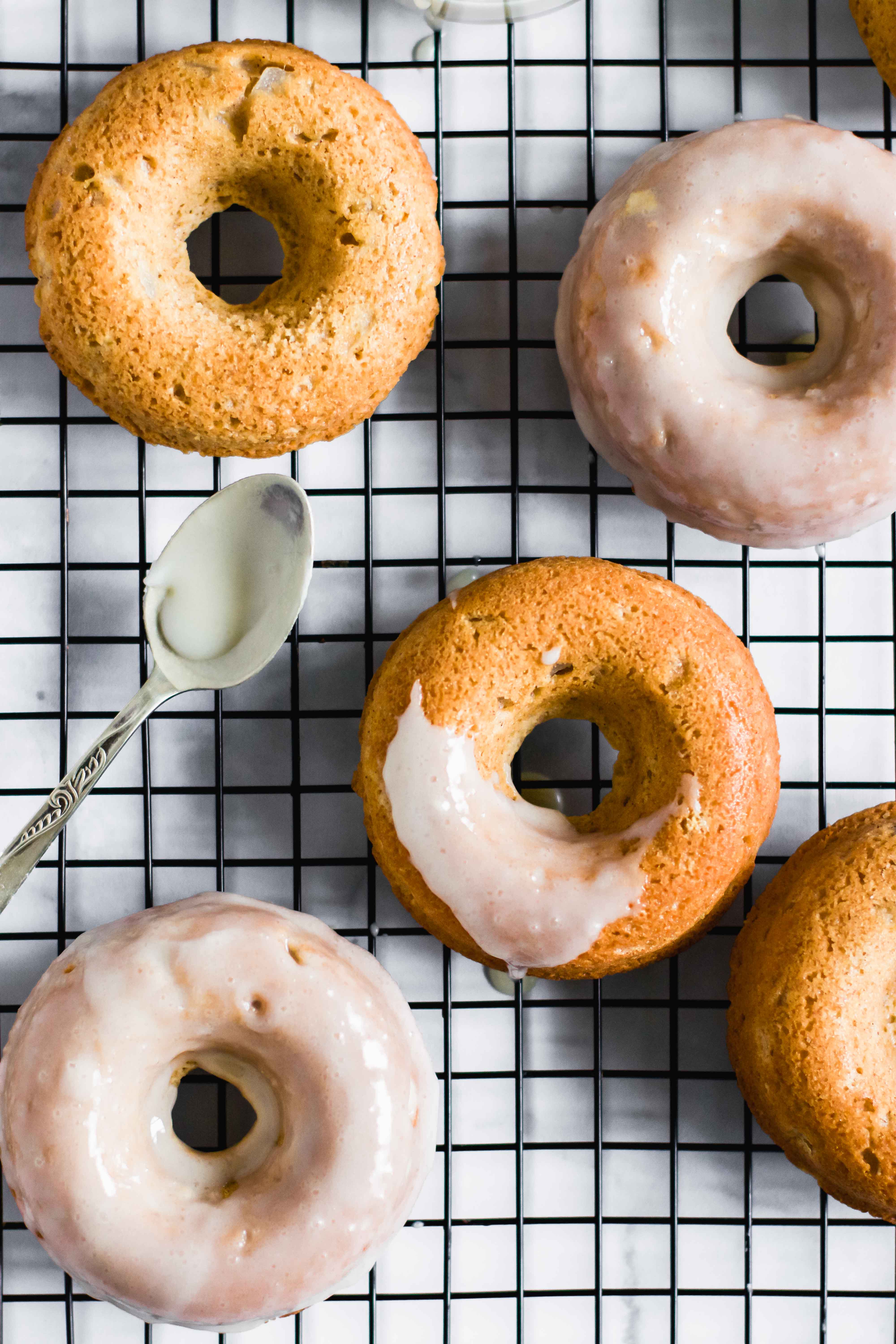 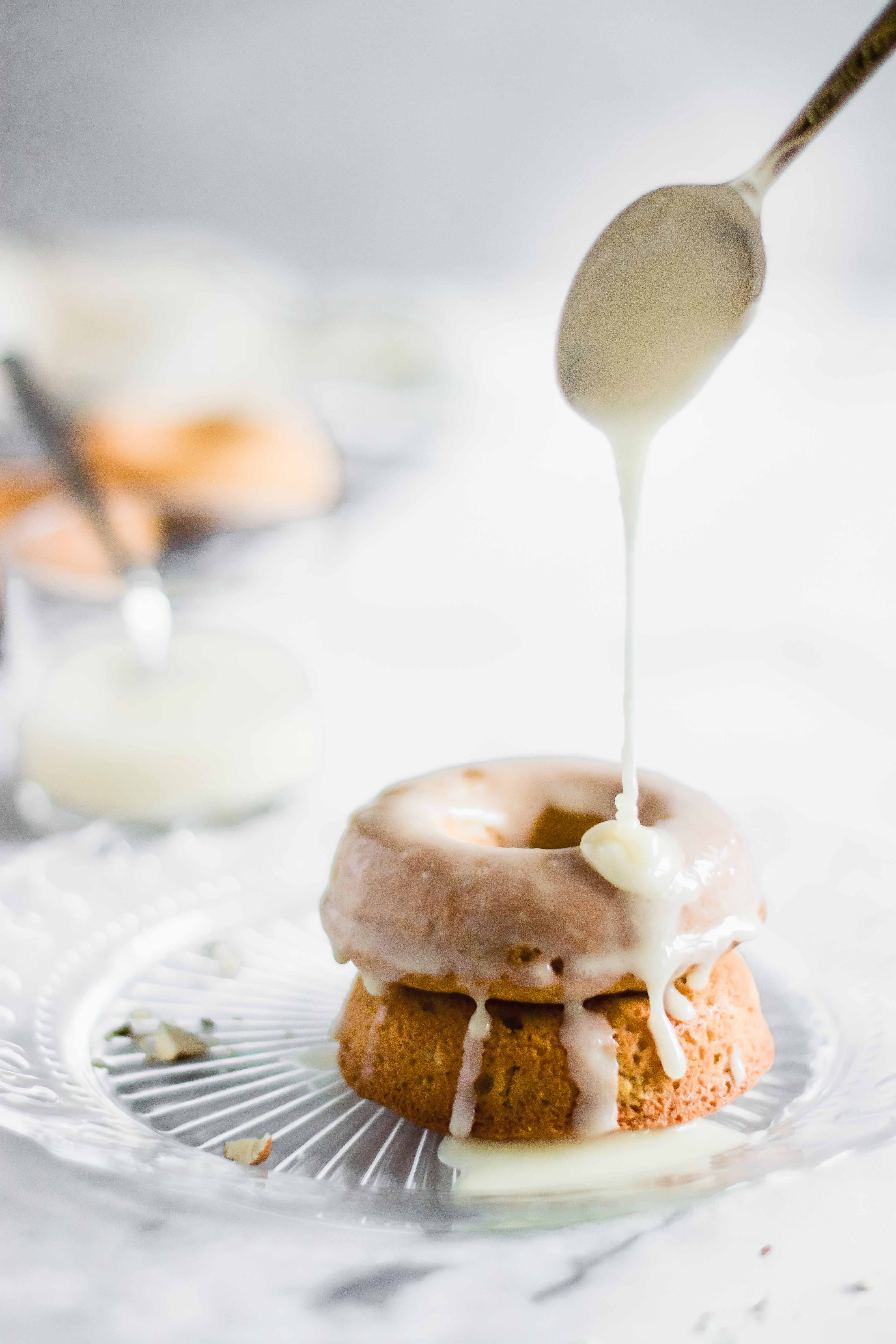 WITH the pan though you’ll get perfectly formed donuts every time and you avoid all this fried-food-guilt-thing. Also you have the possibility to bake a batch at any time. 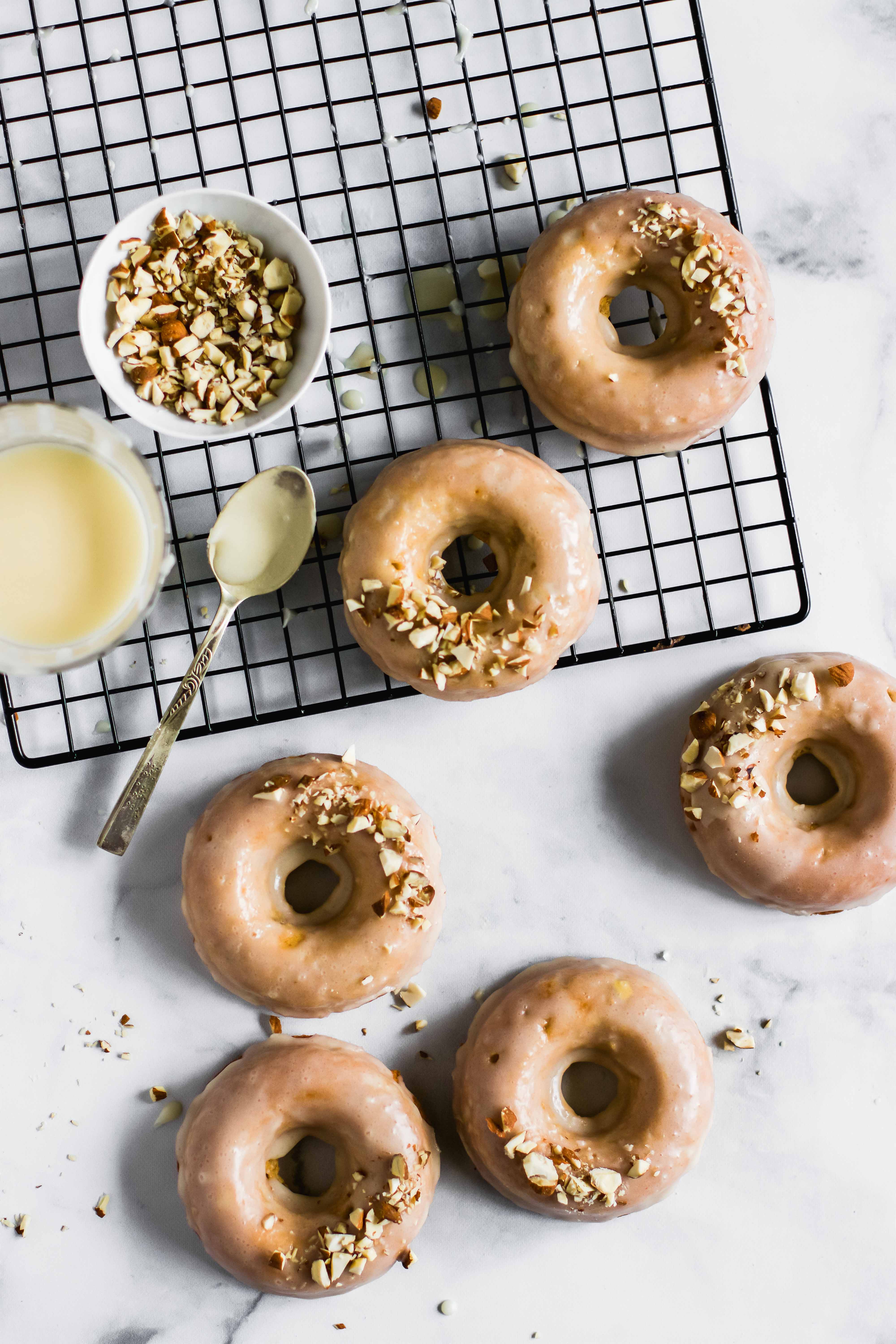 Did I mention how fast and easy they are to make? The preparation takes a maximum of 10 minutes. After another 15 minutes in the oven and 10 minutes of patience until they cool down, you’ll have the softest and tastiest cinnamon pear donuts on your plate in just a bit more than half an hour!

The donuts were gone in a few hours. Not kidding. 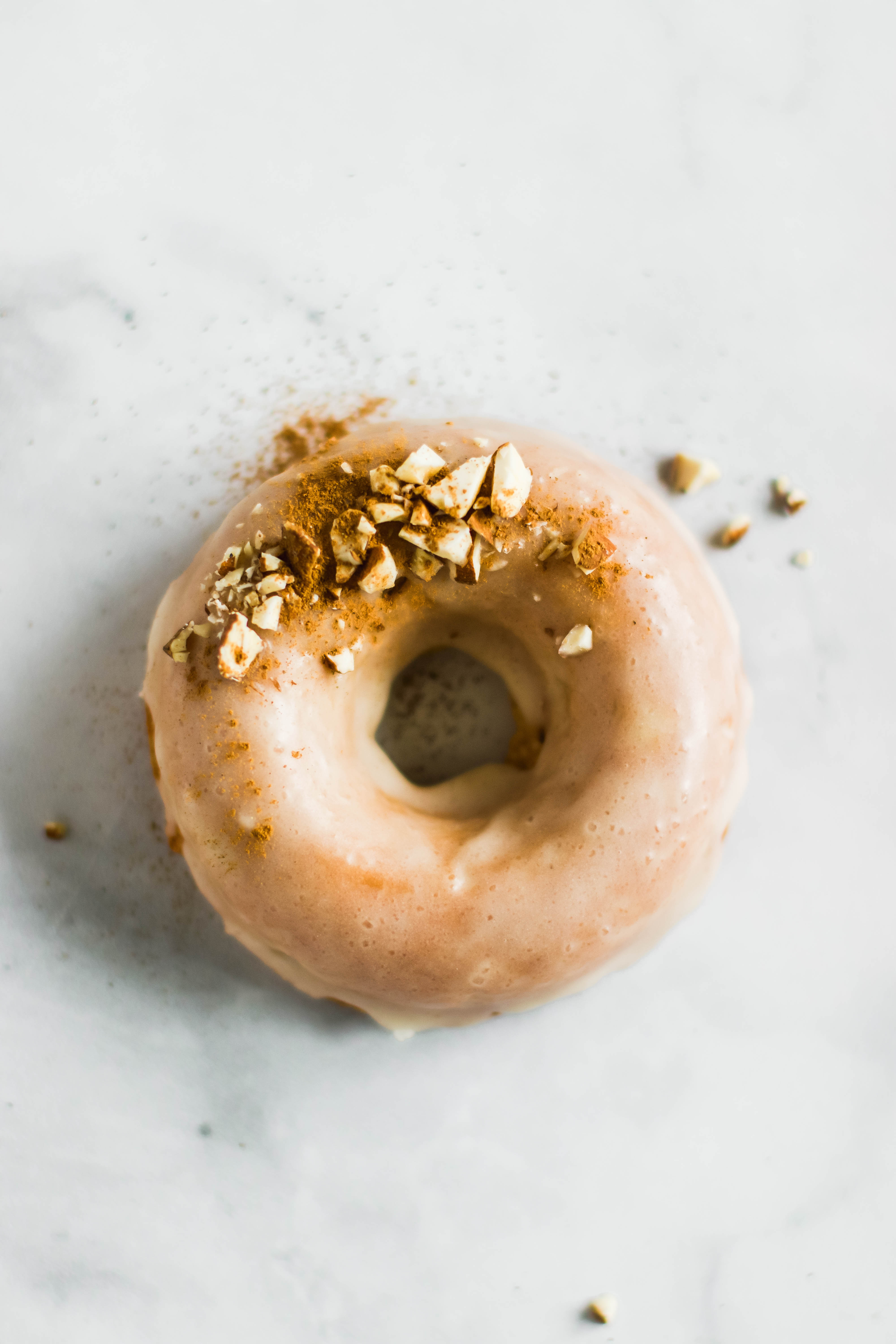 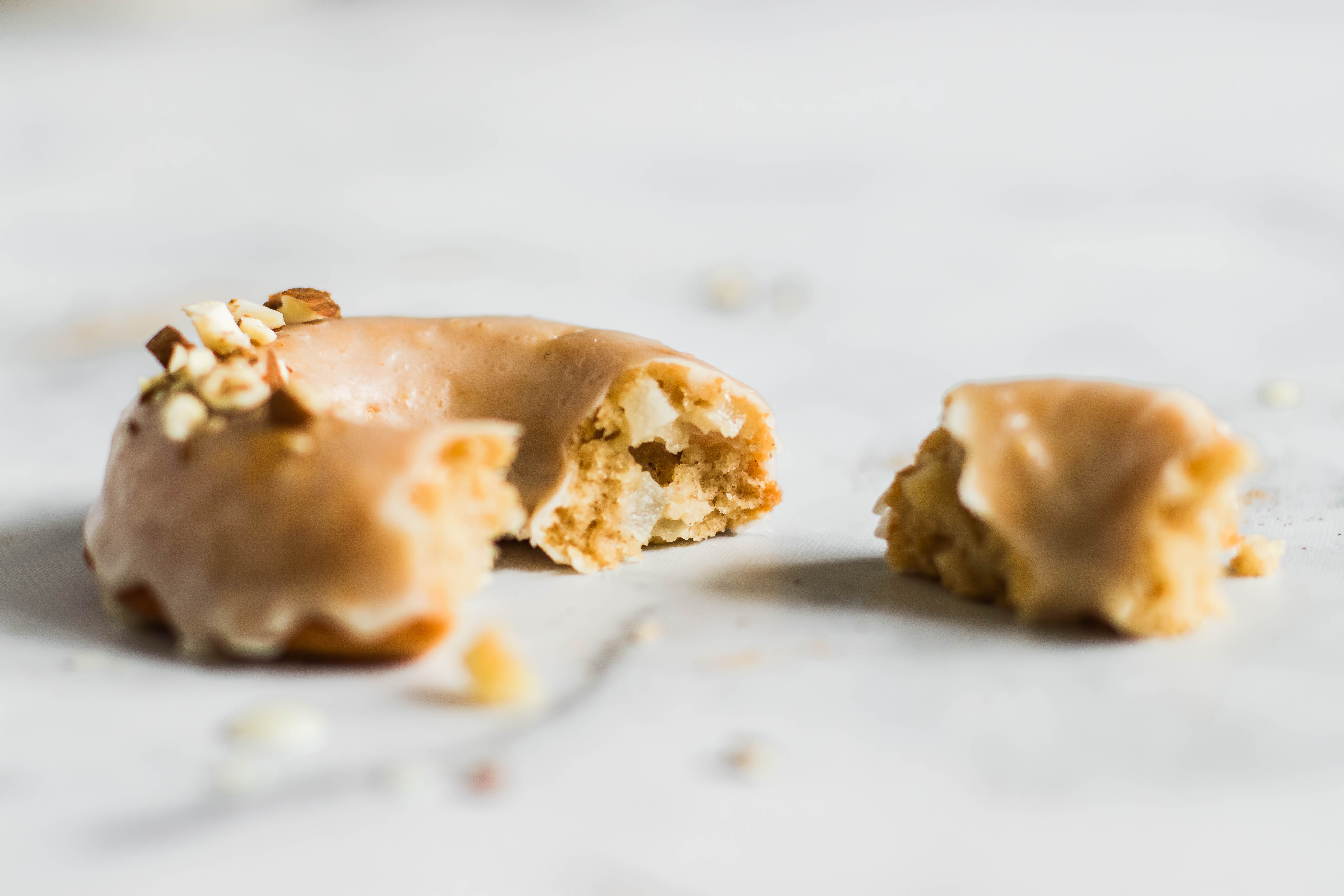 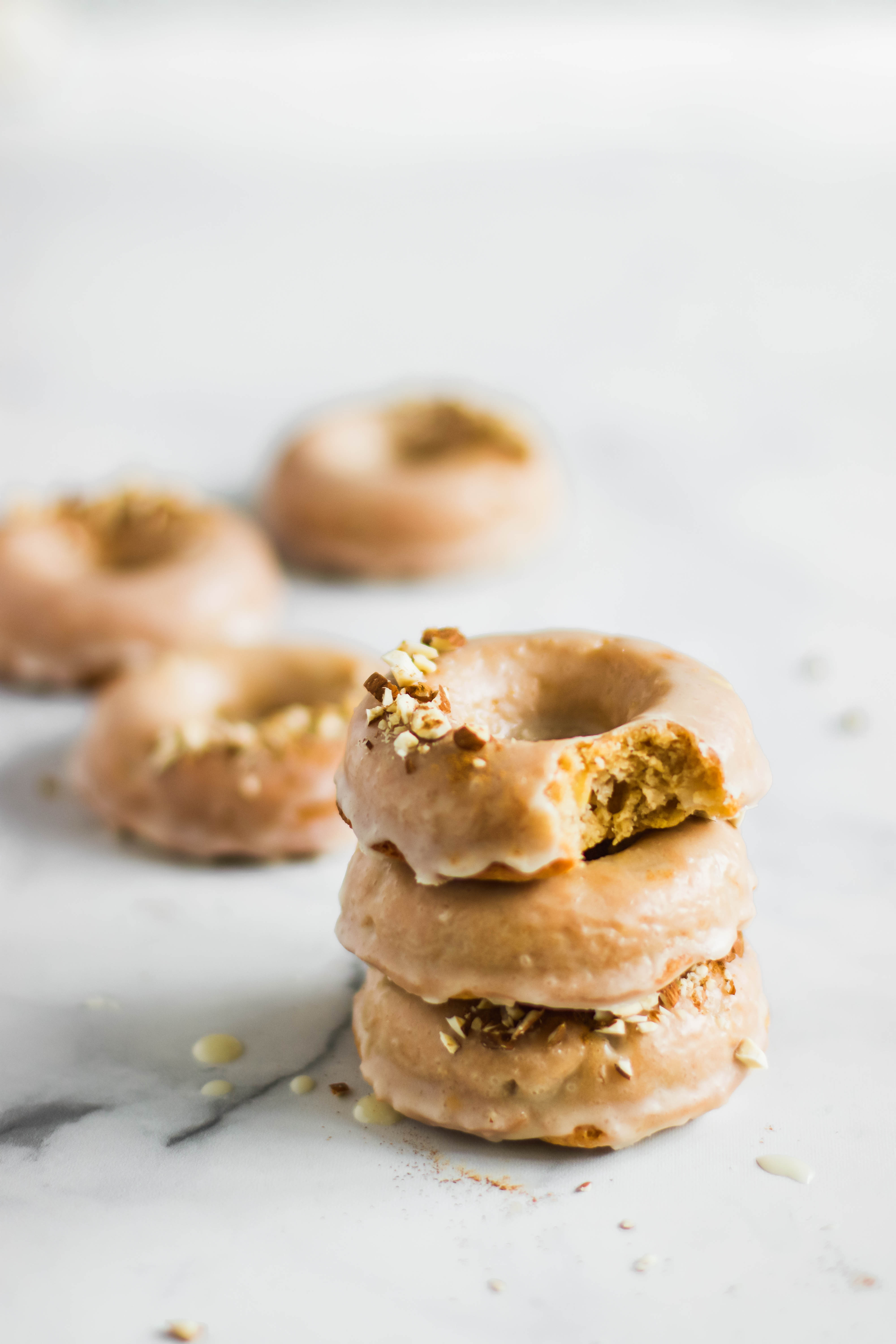 My sister even said they were one of the best things I’ve baked lately. And she really tried a lot of things of mine. I’m just saying pumpkin pie with cinnamon cream, chocolate chestnut tart, or – my still favourite dessert – chocolate hazelnut cake with pears! 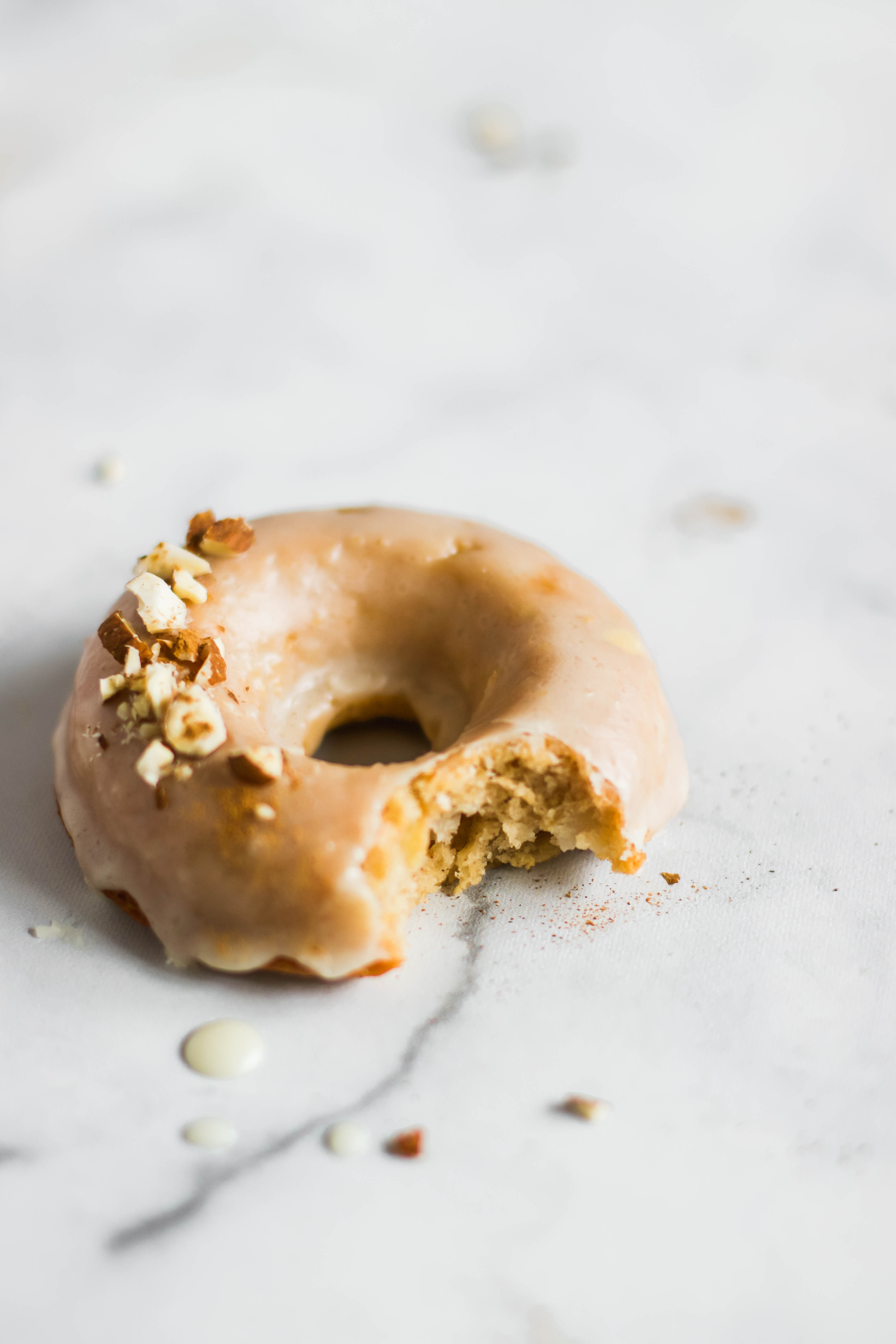 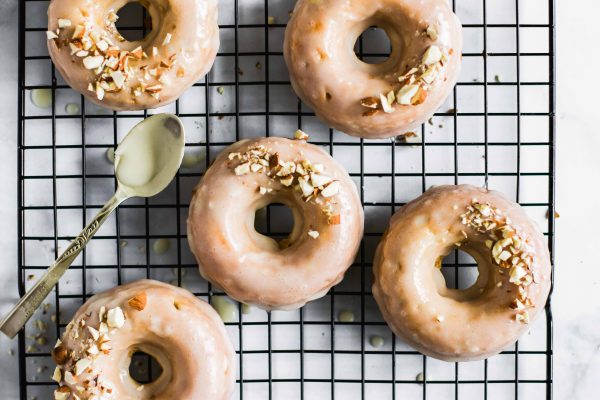