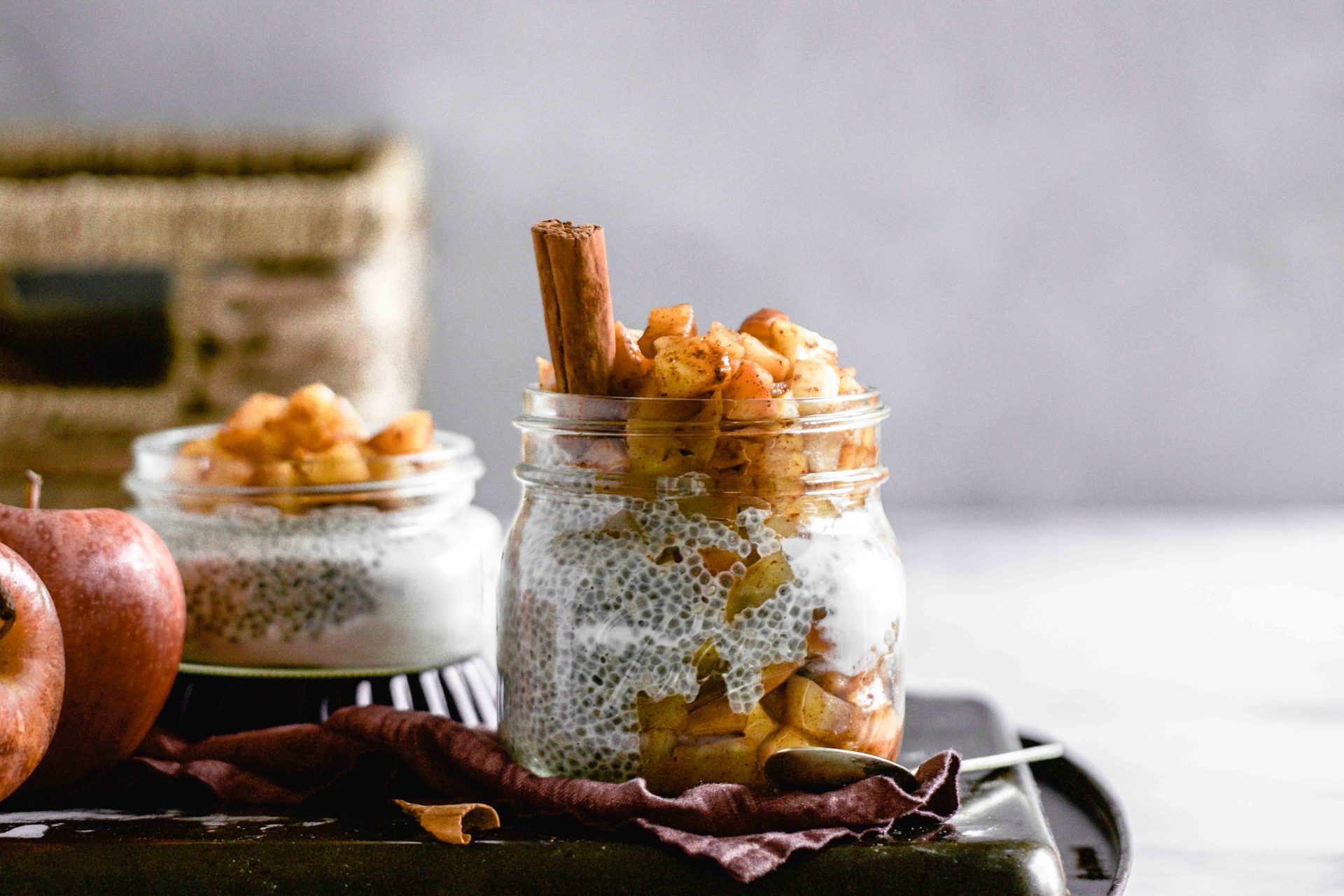 This apple pie chia pudding tastes like an autumn dessert for breakfast. The creamy vanilla chia pudding and the fruity apple cinnamon topping are made in a few minutes and can be ideally prepared the evening before. 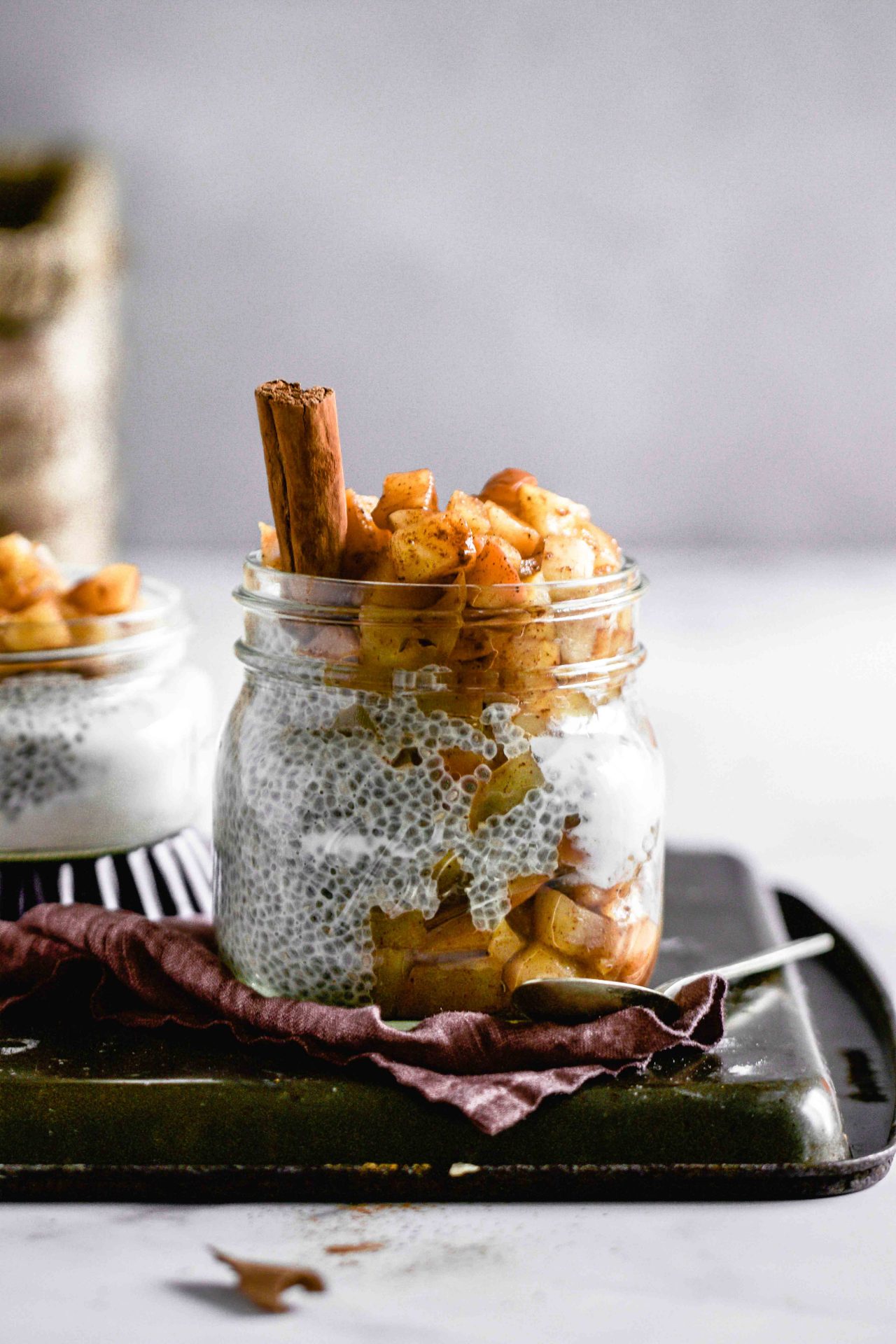 Since the chia pudding needs at least one hour to rest I recommend that you mix it together the evening before. Add the oat milk, chia seeds, maple syrup and vanilla extract in a bowl and stir with a whisk or a fork. After 10 minutes stir again to avoid lumps.

Then say bye bye to it for at least one hour an put it into the fridge.

You can also prepare the apple compote already the day before. The apple pieces are cooked with some water and spices in a pot for a few minutes until soft. If you like, sweeten it with some maple syrup.

BUT I recommend that you first cook the apples with the spices and taste them. Often the apples are already so naturally sweet that you don’t need any syrup at all.

I like it best when the apple topping is still a little warm. Just like a baked apple pie fresh from the oven. 🙂 That’s why I always cook it in the morning while I brush my teeth and get ready.

Here’s why you gonna LOVE this apple pie chia pudding

If you make this or any other recipe from my blog, I would LOVE it if you’d tag me on INSTAGRAM or send me a message to tell me how you liked it! 🙂 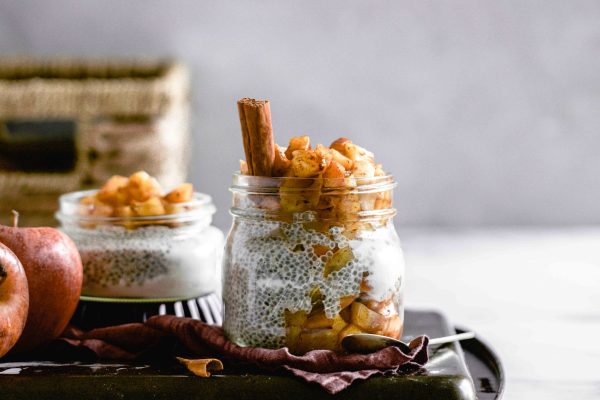